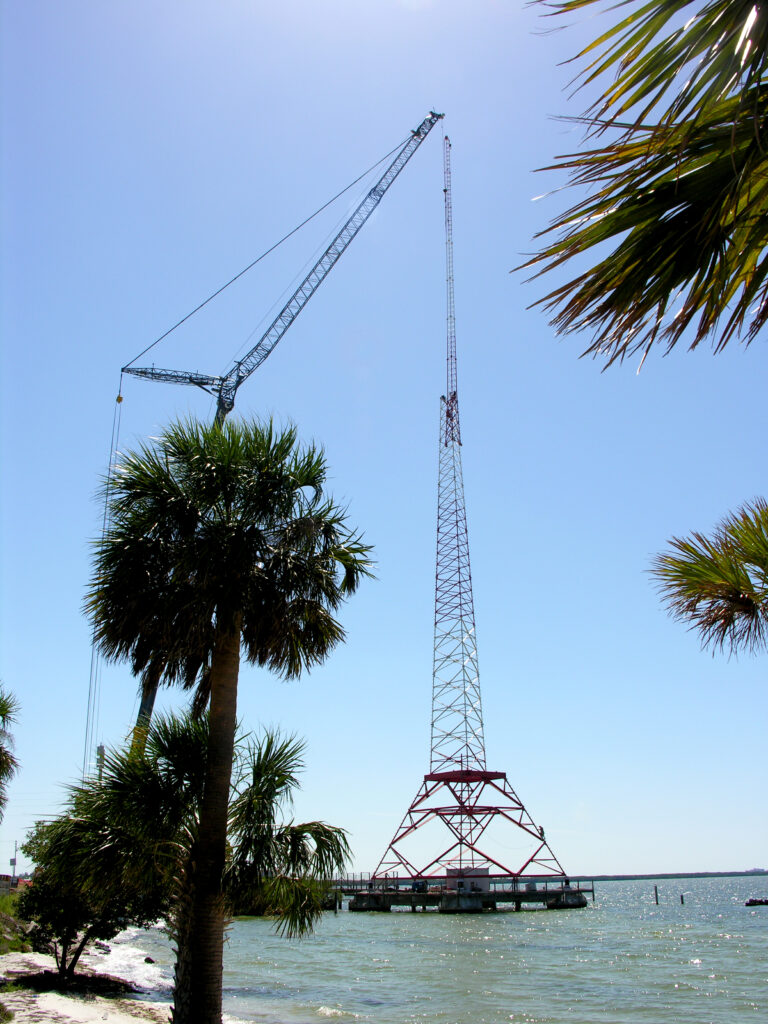 The tower pictured is one of two (2) 360-foot base insulated AM towers that straddle West Gandy Boulevard, the Courtney-Campbell Causeway. This AM facility operates at 620 kHz and was originally owned by the City of St. Petersburg and operated with the Call Letters WSUN and in 1932 became the first directional AM facility. The directional nighttime pattern protects co-channel WTMJ, Milwaukee. These two towers were designed, fabricated and installed by ERI 2005. The base section of each tower is a four-sided structure that matches the base dimension of the original towers built in 1932. Each tower transition to a traditional triangular configuration for most of their height.